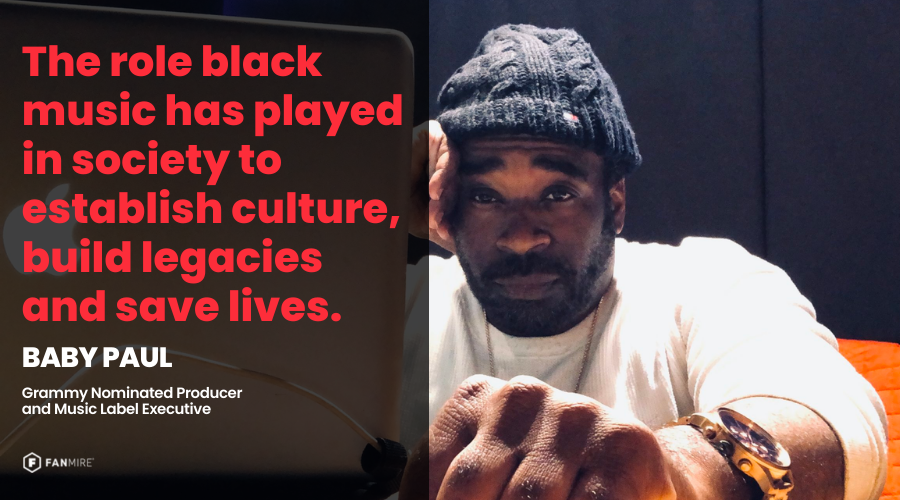 Black Music in America has become the most dominant genre of music in the world.

Uprooted from struggle and adversity and spread across multiple sub-genres, it’s the foundation of American music. Black music both is and nfluences Country, Rock, Folk, Blues, Jazz, Soul, R&B, Funk, Reggae and most notably, Rap.

Most creators of African American music come from urban environments. They often express themselves as a means of survival, communicating the thoughts and feelings that rise from their actual life experiences. The hope and goal is to be heard and be relatable to others who may be experiencing similar situations.

The art of music for Black people is the soundtrack to our lives. It’s how we communicate with each other. The creative dynamic shifts from simply being “cool” — inspiring other forms of creativity like art and fashion — to being a living form of therapy. Thus, music acts as a way for artists to earn a living and provide for themselves when it feels as though no other choices are available to them.

Many African American musical artists come from deep-rooted environments of instability. These can include broken homes, dysfunctional families and poor educational systems due to a lack of resources in their communities. The true mission of Black music is to genuinely share information in a creative way from its artists’ minds and hearts.

Today’s digital age has been a double-edged sword for African American music. Yes, it has enabled greater accessibility and creativity with modern technology and social media. But the current era can also make it harder to balance artistic integrity with commercial viability, which at times means sacrificing quality.

Nevertheless, African American music is now the most influential genre on the planet. It’s the driving force behind brand recognition, allowing more Black people to fulfill the American dream of financial prominence. This cultural trend has increasingly helped Black Americans become millionaires and billionaires, a wonderful benefit derived from developing a skillset that express creativity through the art of Rhythm, Blues and Poetry.

Check out Fanmire, a Black-owned startup that provides a platform focused on building community around influencers and allowing them to monetize their fanbases.