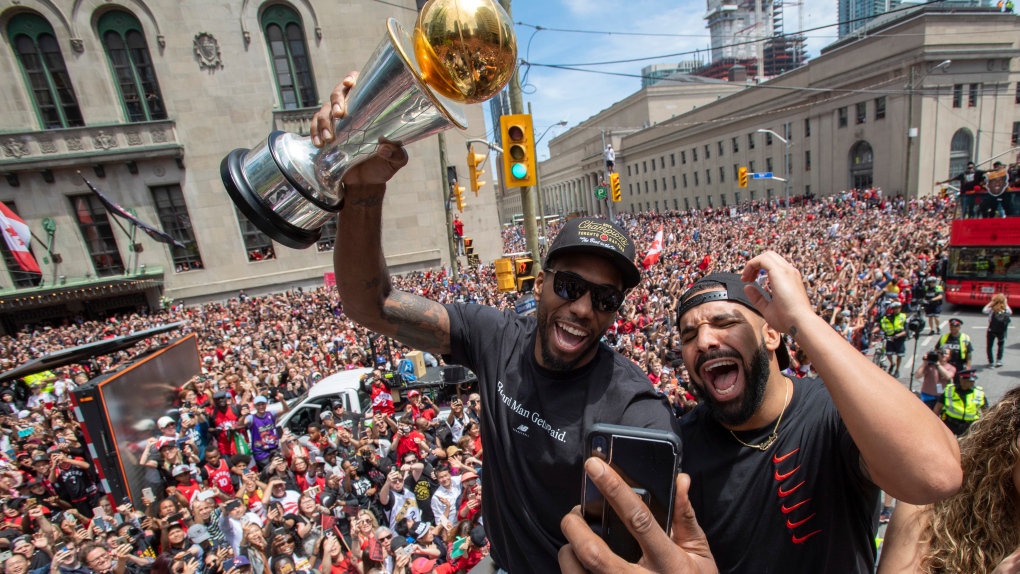 To Be a Fan: Sports Hype and The NBA Championships

There are two types of people in this world, die-hard sports fans and those who ride the hype. Last year during the NBA playoffs, many got into basketball for the very first time. The Raptors, a Toronto basketball team, made it to finals. This was a rare event as Canadian sports teams rarely make it when competing against the large list of American teams. Their success brought the entire city of Toronto and Canadians across the nation together. Whether you were a long time follower or have only watched the most recent games, it did not matter. Everyone was cheering for the same team, watching the same games, and praying for the same results. After securing the title and winning their final game, a celebration was scheduled. The Championship Parade, a six-hour celebration, brought together two million fans throughout the city. The unrivaled level of support arose from the excitement of watching basketball and pride for the city.

Upon the two million who gathered in support, Yin Qi was one of them. She had no interest in basketball prior to the Raptor’s newfound success, yet she felt a strong sense of love and community. It felt like all of Canada came together to support the Toronto team. In the games leading to the final match, Canadians across the nation were glued to their TV screens. Thousands filled the stadium and even more gathered outside. An unforgettable memory was when the team came home with the winning score. YinQi expresses that : ” I’ve never felt so much love in numbers like these. The sense of pride was overwhelming. I was proud of the Raptors, the city, and my country. The journey of the team and the Championship Parade will forever be one of my favorite memories ”

Skyler Hubert describes his view on sports events : “The atmosphere at sports events is generally different than let’s say, a concert. At a concert, you’re expecting to belt out the lyrics in unison, and the translation is somewhat clear and concise. However, at a sports event, you don’t truly know what’s going to happen next. When you do, you’ll either hear a cheerful roar or the never-ending sound of booing.”

He has fond memories of his very first experience watching the Yankees live : “When I was 18 years old, I finally got to experience my first New York Yankees game in person. It was always too expensive for my father to take my two sisters and I to one growing up, and it seemed worth it to wait until we understood the game a bit more. When we saw a promotion for $5.00 tickets, we jumped on that opportunity immediately…We made our trek all the way up to the first row of the “nose bleed” section. Fans flooded the seats; the aroma of overpriced food filled the air; loud roaring encapsulated the stadium in ways I had never heard before. It was at that moment I knew, I’d kind of been missing out on the thrill of baseball. It wasn’t a game against their Bostonian rivals and it wasn’t the World Series, but they sure did play like it was. I was able to witness then-rookie Aaron Judge hit multiple home runs within the first few innings, and the best part is, my team won–my first game, and they won. Every key moment from that day with my family, is a memory I will cherish forever.” —Skyler Hubert

Although the NBA was suspended this season due to the global pandemic, William dreams of the upcoming years : “ My ultimate fan dream moment would have to be watching the Sixers win a championship within the next few years. The team is most certainly championship material, seeing as they lost 3-4 in the second round of the playoffs to Kawhi Leonard’s buzzer beater that bounced 4 times on the rim before rolling into the basket. Watching the Philadelphia 76ers win the national title live would be an amazing experience, one that I would never forget.”